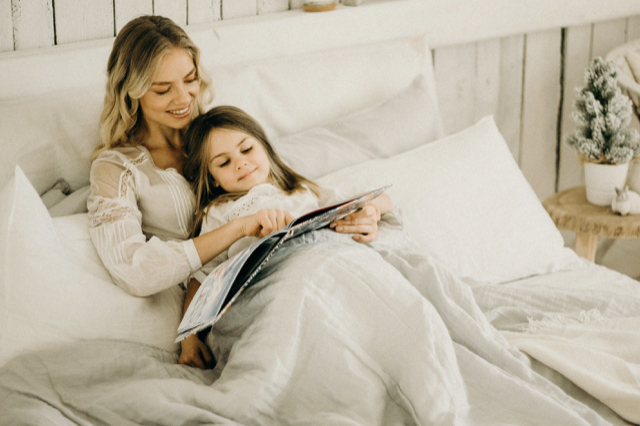 Reading with children before they start school puts them eight months ahead of their peers in language skills, new research shows.

Newcastle University carried out a review of 16 studies that took place over the past 40 years to find out the overall benefit to pupils from an early relationship with reading.

In a report commissioned for the Nuffield Foundation, the researchers found ‘children whose parents or carers regularly read with them were better at expressing themselves and understanding language.’

“While we already knew reading with young children is beneficial to their development and later academic performance, the eight month advantage this review identified was striking”, said James Law, Professor of Speech and Language Sciences at Newcastle.

He went on to say, “Eight months is a big difference in language skills when you are looking at children aged under five.”

“The fact we saw an effect with receptive language skills is very important. This ability to understand information is predictive of later social and educational difficulties. And research suggests it is these language skills which are hardest to change.”

Researchers said they were surprised that the benefit was so large.

The average age of the children involved in the 16 studies included in the review, was 39 months and the review looked at studies from the USA, South Africa, Canada, Israel and China (Hong Kong).

Numerous research studies have shown that children with delayed language development do worse at school and have poorer outcomes later in life.

The experts are now calling for public health authorities to promote book reading to parents.

“There have been lots of initiatives over the years to get books into the homes of young children,” added Professor Law.

“What we’re saying is that’s not enough. Reading with small children has a powerful effect. For this reason, it should be promoted through people like health visitors and other public health professionals as this simple act has the potential to make a real difference.”

I raised my children before this research came out, and we instinctively knew what these researchers have now proven. This is why my wife and I are such strong advocates for giving your children a head start in reading.